* The successful applicants will need to complete the registration procedure by paying the summer school registration fee by this deadline.

The 2019 summer school is dedicated to the modern Asian cultural record. For the purpose of this summer school, we include literature, film, music and art, focussing primarily on China, but the school also covers topics related to Indonesia, Japan, Korea and Vietnam. Leading experts from around the world will offer theoretical and comparative courses resonating with the school’s central theme: the tension between the local tradition and modernity.

The notion of literature here includes the full written cultural record, including its visualisations (film, theatre, comics, etc.) in the modern Asian cultures using both primary texts and translations. The other arts (music, visual arts, architecture, etc.) are understood in a conventional way.

We invite application from MA and PhD students in Chinese Studies and related fields from all over Europe. Applications by advanced undergraduates and non-European residents will also be considered. Applicants are requested to fill in the registration form. For any inquiries, please contact Mr Martin Lavička: martin.lavicka@upol.cz.

The deadline for applications is 26 May 2019. Applicants will be notified about the decision via email by 31 May 2019.

The summer school fee can be paid via bank transfer only.

We can send you a proof of payment (as areceipt in pdf format) on request. In case you need a receipt, please send us an e-mail stating your billing information (name of your institution, address, its tax identification number, etc.).

This summer school is accredited by the Department of Asian Studies, Faculty of Arts, Palacký University Olomouc and students can receive four credits for successful participation. However, these credits are not ECTS Credits. Students are usually able to obtain credits from their home institution and we will be happy to assist you in any way we can, however, please be aware that the decision to award credits rests with your home institution. 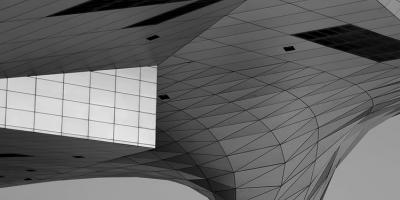