A four-year programme supported by The Andrew W. Mellon Foundation

Humanities across Borders: Asia and Africa in the World

The International Institute for Asian Studies (IIAS), at Leiden University, has recently been awarded a four-year grant by The Andrew W. Mellon Foundation, New York, to facilitate a collaborative platform of over twenty Asian, African, European and North American universities and their local social and cultural partners, for the co-creation of a new humanistic pedagogical model.

This follows the successful completion in 2016 of a three-year pilot-programme (titled Rethinking Asian Studies in a Global Context), also supported by the Mellon Foundation, to rethink the scholarly practice of area (Asia) studies in today’s global postcolonial context.

IIAS is grateful to The Andrew W. Mellon Foundation and Leiden University for their continuing support.

The new programme, titled Humanities across Borders: Asia and Africa in the World (2016-2020), calls for expanding the scope of the humanities by mobilising knowledge-practices that have largely remained unrepresented in contemporary academia. It will connect a global network of individuals and institutions capable of garnering such knowledge in Asia and Africa in order to develop alternative pedagogies for teaching, research, and dissemination across disciplinary, national, and institutional borders.

The aim is to contribute to the realignment of the social role and mission of institutions of higher learning with regard to the humanistic principles and values that inspired their establishment in the first place.

The objectives of this four-year initiative are: 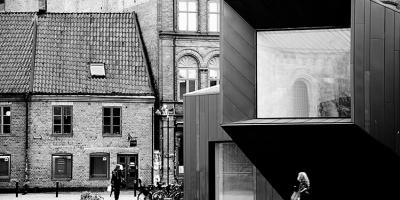