The main research questions of the ANTICORRP consortium are:

While there is increasing awareness of corruption, as well as an interest in curtailing it, there has been no systematic research on questions relating to the transition of particularistic societies towards those characterised by ethical universalism – that is, public good–oriented governance. There is also a lack of consensus regarding definitions, possible causes, and effective measures of fighting corruption. The main aim of ANTICORRP is therefore to align different concepts and insights through interdisciplinary research. Existing research gaps shall be addressed by a comparison of EU countries’ trajectories with neighbouring states and a global sample of countries. In this framework, the GIGA project comparatively analyses country cases in Latin America, Africa, Asia and the Middle East and studies patterns and trends of corruption within each of the four regions.

In a first step governance regimes worldwide were diagnosed, using well known indicators of good governance and corruption. Based on this large-N quantitative study, countries were identified that were successful in reducing corruption and the respective countries´ trajectories were analysed in more detail. Based on these case studies, the most effective countries in fighting corruption were selected for more in-depth process tracing. Being situated in different world regions, their comparison aided in discovering and explaining intra- and inter-regional variation to gain a better understanding of why various societies developed different equilibria of political accountability and control of corruption. In a second step that has started in the fall of 2014, four cases situated in Africa and North Africa were selected to explore the intersection between EU assistance and development. The specific focus is on the effectiveness of EU aid in promoting good governance and the fight against corruption.

Preliminary findings from the first work package indicate that successful control of corruption results from a specific interplay of material and power opportunities as well as legal and normative constraints. The following countries were identified as regional achievers: Botswana, Chile, Costa Rica, Qatar, Rwanda, South Korea, Taiwan and Uruguay, which were then subject to in-depth case studies studying their historical development.

For the second work package Ghana, Tanzania, Egypt and Tunisia were chosen due to the high volume of aid each country receives from the EU. Results are expected by spring 2016. However, first insights raise doubts about a linear relationship between aid and the development of governance regimes conducive to the fight of corruption 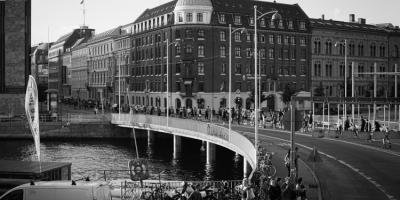