Established in 2008 by H.E. Ambassador Gheorghe Savuica, IRSEA works in partnership with the Bucharest University of Economic Studies (ASE), University of Bucharest, as well as other prestigious universities, global think-tanks and research institutes. In 2009, IRSEA has been invited to join the European Alliance for Asian Studies (EAAS) and is currently looking forward to become part of the Euro-Mediterranean Study Commission (EuroMeSCo). IRSEA is encouraging academics, researchers and professionals from Europe, Asia, Middle East and North Africa to work together, striving for excellency and ensuring diversity, in the spirit of Mutual Respect, Understanding and Dialogue. We constantly organise round-tables and conferences, invite pundits and international relations professionals to join our “IRSEA Distinguished Speakers Programme”, support booklaunches in International Affairs and other related fields and edit volumes on pertinent foreign policy matters.

Primarily created with a focus on Southeast Asian and South Asian dynamics in international affairs, we have extended our scope to address foreign affairs dynamics in Europe, Asia as well as Middle East and North Africa.

We are now looking for savvy locally-based fellows from Europe, Asia, Middle East & North Africa with a proven record of publishing robust and engaging commentaries on International Affairs: academics, researchers, young professionals and journalists willing to join our team and raise awareness on local issues with regional and global impact.

The programme aims to build the next generation of policymakers and scholars, further strengthening the relations between Europe, Asia, Middle East and North Africa, through contemporary research in International Affairs and Area Studies in the following research areas:

I. Emerging Asia: Challenges and Opportunities in the 21st Century;

IRSEA Non-Resident Fellowship runs for 6 months with possibility of extension. Fellows will author 1 research paper (4000-8000 characters, excluding spaces and footnotes) and 2-3 monthly policy briefs (2000-4000 characters, excluding spaces, no footnotes needed), or will produce other outputs as agreed. Upon the successful completion of the fellowship, selected candidates might be invited to present the results of their research at the IRSEA Headquarters in Bucharest*.

* Depending of the pandemic-related restrictions at the time.

- Publishing on the on-line IRSEA platform, constantly upgraded and followed by hundreds of International Affairs scholars and professionals worldwide, as well as by IRSEA’s honorary members;

- Benefiting of a worldwide network of institutional partnerships and support for publishing in peer-reviewed journals;

- Presenting the results of your research in an in-house seminar at IRSEA, with a round trip economy airfare between your home base and Bucharest.*

*Upon the successful completion of the programe, depending of the pandemic-related restrictions at the time.

Scholars, researchers and young professionals in the above-mentioned fields are cordially invited to submit a Cover Letter (1 page), Curriculum Vitae, 2 writing samples and a brief Research Statement (800-1000 characters) to programs@irsea.ro with Application for Non-Resident Fellowship in the subject line, no later than December 31, 2020.

Based on the review process, candidates will be invited to an on-line meeting by January 2021.

Selected candidates will be notified no later than February 14, 2020.

Note: Incomplete submissions will not be accepted. IRSEA welcomes all eligible applications and further inquiries related to the programme.

IRSEA is committed to promoting equity and global engagement and strives to create a more robust interaction between Europe, Asia, Middle East and North Africa by ensuring diversity among our fellows and members. We welcome applications from locally-based experts, junior scholars, early career professionals and members of visible minorities, gender identities and persons with disabilities. 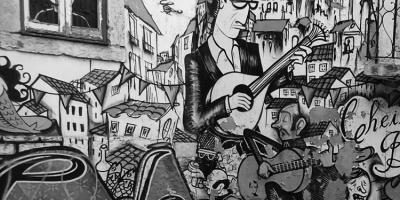