11 October 2022
Rafal Felbur joins
Michael Radich and his
Buddhist Studies team from the University of Leiden, where he was a postdoctoral researcher at the
Leiden Institute for Area Studies (LIAS). He received his PhD in Buddhist Studies from Stanford University in 2018. His scholarly interests are in the intellectual, cultural, and social dynamics of the encounter between India and China in the first millennium CE, one of the most extensive and consequential processes of cross-cultural interaction and transcultural formation in premodern times. His scholarship focuses primarily on the textual evidence for these historical processes—translations of Indic Buddhist texts into Chinese, commentaries, bibliographic works, indigenous polemical and exegetical tracts, and official documents—all of which testify to the activity on Chinese soil of the Buddhist monk and nun. At the HCTS, Rafal Felbur will teach thematic courses on various aspects of Buddhism between India and China, as well as reading seminars on primary materials.
Wikke Jansen joins
Christiane Brosius and her
Visual and Media Anthropology team at the HCTS from Humboldt University Berlin, where she was a RePLITO visiting fellow at the
Institute for Asian and African Studies. She received her Ph.D. in Global Studies from Humboldt University Berlin and was a fellow at the
Berlin Graduate School Muslim Cultures and Societies. During this period, she conducted ethnographic research on the interactions of religion, activism, and everyday life among queer Indonesians. During her visiting fellowship at Humboldt University Berlin, she worked and published on the topics of solidarity and queer(ing) religion. She is widely interested in the topics of gender and sexuality, Islam, media studies, mobility, collaborative anthropology, and research ethics, with a regional focus on Southeast Asia and Western Europe. Wikke Jansen teaches on topics ranging from digital and media anthropology and research ethics to gender and sexuality and tourism studies. She believes in the value of research-based teaching and public scholarship and aims to make academic research accessible to both students and a wider audience.
The HCTS is delighted to welcome Rafal Felbur and Wikke Jansen to its vibrant community and looks forward to seeing all that their input and new perspectives will bring to the Centre!
GO TO ORIGINAL LISTING ON CATS WEBSITE 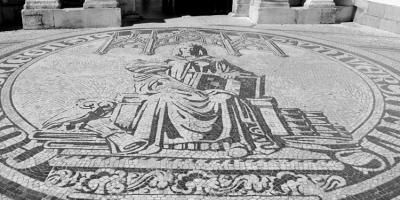