The roundtable, which takes place during the International Convention of Asia Scholars (ICAS) at Leiden University, introduces an emerging network of scholars, in the Humanities and Social Sciences seeking to establish sustained linkages between scholars from Europe and Asia (and beyond) with an interest in dialogues on inner- and trans-Asian concepts, connectivities and experiences. The initiative “Shaping Asia” resonates to the ways ‘Asia’ as a transcultural, but not only geo-physical space, is created and re-created today and during various historical periods. It thus also reflects debates within critical area studies and interdisciplinary collaboration.
The roundtable will introduce the key concepts of connectivities, comparisons, collaborations that provide a methodological frame for the network. “Shaping Asia: Connectivities, Comparisons, Collaborations between Asia and Europe” explores the situation and challenges of Asia-centered research in Europe, themes and formats of engaging beyond regional and disciplinary boundaries. The panel will introduce the network, its members, projects as well as funding avenues. The network is open and the coordinators hope to generate interest among more scholars across Europe and Asia.
The “Shaping Asia” network is a bottom-up networking initiative by a number of scholars from the humanities and social sciences, all working on Asia, and based at 18 German universities (FU and HU Berlin, Bielefeld, Bochum, Bonn, Bremen, Erfurt, Göttingen, Frankfurt, Freiburg, Halle, Heidelberg, Leipzig, Marburg, München, Münster, Tübingen, Würzburg) plus six Asian partners so far.
Prof. Christiane Brosius, the HCTS professor for Visual and Media Anthropology, coordinates the network in cooperation with
Prof. Joanna Pfaff-Czarnecka (
Bielefeld University). “Shaping Asia” is partly funded by the
DFG and had its initial workshop at Heidelberg in 2017. 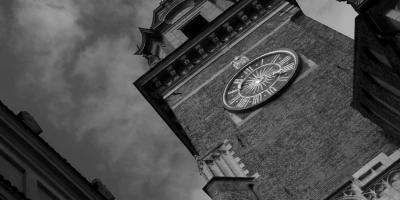