21 September 2021
PD Dr. Michael Falser, former HCTS research member and project leader at the Cluster “Asia and Europe in a Global Context,” is the author of the two-volume monograph “
Angkor Wat. A Transcultural History of Heritage,” published in 2020 with DeGruyter/Berlin. The volume focuses on the modern history of the Buddhist temple of Angkor Wat in Cambodia – the largest religious stone monument on the globe – and its gradual transformation into a global icon of World Heritage over the past two centuries. The publication was recently  awarded the
Ground-Breaking Subject Matter Accolade in the category of Humanities at the 2021
ICAS Book Prize (IBP) – a biennial competition that awards outstanding publications in the field of Asian Studies worldwide.  "Angkor Wat. A Transcultural History of Heritage" unravels the formation of the modern concept of cultural heritage by charting the colonial, postcolonial-nationalist and global trajectories of the twelfth-century Cambodian temple of Angkor Wat. With more than 1,400 black-and-white and colour illustrations of historic photographs, architectural plans, and samples of public media, the publication traces the multiple lives of Angkor Wat over a 150-year-long period, from the 1860s to the 2010s.
The first volume, “Angkor in France. From Plaster Casts to Exhibition Pavilions,” reconceptualizes the Orientalist, French-colonial ‘discovery’ of the temple in the nineteenth century, and casts light on its many representations in Europe. The second volume, “Angkor in Cambodia. From Jungle Find to Global Icon,” focuses on the restoration efforts at the site and the construction of the Archaeological Park of Angkor, as well as the temple’s canonisation as a symbol of national identity during Cambodia’s troublesome decolonization period (1953–89) and its recent surge as a global icon of World Heritage.
The
ICAS Book Prize (IBP) was established by the
International Convention of Asia Scholars (ICAS) in 2004 to bring a focus to academic publications on Asia and increase their worldwide visibility; it is awarded to outstanding publications in the field of Asian Studies in the following languages: English, Chinese, French, German, Japanese, Korean, Portuguese, Russian, and Spanish. ICAS is a global platform enabling individuals and institutions from different parts of the world to come together to exchange views on a variety of issues pertaining to Asia. PD Dr. Michael Falser is associate professor of Art History at Heidelberg University. Before joining the department of
European Art History at Heidelberg University, he was coordinator of the projects D12 “
Heritage as a Transcultural Concept – Angkor Wat from an Object of Colonial Archaeology to a Contemporary Global Icon” and D18 “
Picturesque Modernities” at the former Cluster “Asia and Europe in a Global Context.” He is currently conducting a 5-year
research project on the global history of German-colonial architecture as a Fellow of the Technical University of Munich; his project is funded by the
Heisenberg Fellowship of the German Research Foundation (DFG).
GO TO ORIGINAL LISTING ON CATS WEBSITE 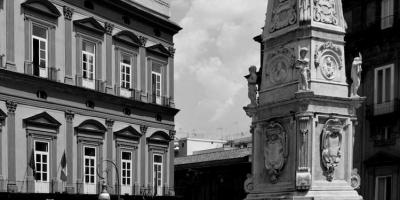