25 April 2022
The
twelfth International Convention of Asia Scholars (ICAS 12), co-organised by
Kyoto Seika University (Kyoto, Japan) and the ICAS Secretariat at the
International Institute of Asian Studies (IIAS, Leiden, Netherlands) was held from was held on August 24–28, 2021. Within the convention, the
ICAS Book Prize Awards were announced on August 24, 2021. The HCTS hosted the
German language edition for IBP 2021 with
Prof. Dr. Christiane Brosius as the Secretary and
Radha Malkar as the Acting Secretary. The
Centre for Asian and Transcultural Studies (CATS) sponsored the prize.
The Reading Committee members included
Prof. Dr. Eva Gerharz,
Prof. Dr. Joanna Pfaff-Czarnecka,
Prof. Dr. Hans Martin Krämer and
Prof. Dr. Barbara Mittler. Out of thirteen entries, five books were
shortlisted for the Prize: Marcel Berni's
Außer Gefecht: Leben, Leiden und Sterben 'kommunistischer' Gefangener in Vietnams amerikanischem Krieg; Markus Rüsch's
Argumente des Heiligen. Rhetorische Mittel und narrative Strukturen in Hagiographien am Beispiel des japanischen Mönchs Shinran; Lianming Wang's
Jesuitenerbe in Peking: Sakralbauten und transkulturelle Räume 1600-1800; Tobias Weiß's
Auf der Jagd nach der Sonne. Das Journalistisches Feld und die Atomkraft in Japan; and Daniel Leese, won the prize with his book, ‘
Maos langer Schatten: Chinas Umgang mit der Vergangenheit’.
This is how the Reading Committee commented on Prof. Leese’s work:
“Meticulously researched and elegantly written, rich in detail and daring in its conclusions about none less than timeless questions of dealing with historical guilt, this book takes a pivotal moment in the history of the Chinese Communist Party as its point of departure: the crucial decade after Mao’s death in 1976, which saw significant changes in China’s economy and society. First and foremost, as the book argues, this was a period of transitional justice. While the “mistakes” of late Maoism (e.g. the Cultural Revolution) were attributed to a small group of people, the “Gang of Four”, the Party attempted, at the same time, to do justice to the many who had been implicated in factional fighting and whose “crimes” needed to be rehabilitated. Based on a digital archive at https://maoistlegacy.de, which contains thousands of uncovered documents (from secret speeches to collections of model cases, oral history transcripts and private petitions), the book enhances our awareness of the importance of the Maoist past for the Chinese present.”
The biennial ICAS Book Prize (IBP) was established by ICAS in 2003 to bring a focus to academic publications on Asia, to increase their worldwide visibility and to encourage a further interest in the world of Asian Studies. The IBP is awarded to outstanding publications in the field of Asian Studies, every two years. Starting in 2017, so as to reflect ICAS’ decentralising approach, the IBP also honours publications, in Chinese, French, German, Japanese, Korean, Portuguese, Russian, and Spanish (in addition to the original English edition). Different institutions host the various language editions every two years.
GO TO ORIGINAL LISTING ON CATS WEBSITE 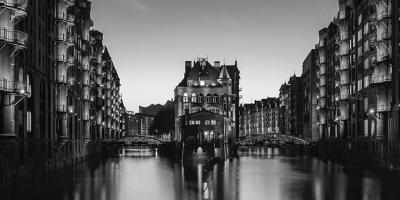